Objet technologies have partnered up with footwear giant Adidas-Salomon AG to help move them towards a more streamlined digital process for sharing their designs between offices across the world.

Get a FREE Quote

Get your 3D print project today with a FREE quote! 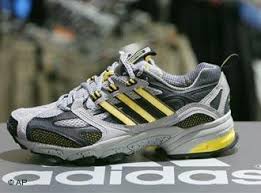 Adidas-Salomon AG has a vision which it has been working on for four years, this is to have a complete digital process that will enable them to create and share 3D data back and forth between their corporate HQ in Germany and Portland in the USA as well as all of its corporate units and factories across the world. They recently took a step closer to completing this goal when they introduced the use of 3D printing by Objet.

Adidas-Salomon AG has been using rapid prototyping technologies since 1998 so this isn’t a new technology for them. The initial use for the technology was for design verification but they have realised that it can go much further than that.

The Objet Polyjet technology produces a superior surface finish to other rapid prototyping techniques (one of the reasons we use it at 3D Creation Lab ;-) ) Vice President-Product Creation Technologies Gary Pitman explains why they also chose Objet: “Our research told us that having a higher-quality RP model would allow us to influence more than just the design verification phase; we felt we could save significant time and money by using the RP models as the master when vacuum-casting parts for development review and eventually, for production tooling.”

“Installing a machine for both headquarters has put us at a higher level. Objet’s helped change the way we work,” Pitman states. “Our designers and engineers need to hold and feel the model in their hands; it’s always important, and with Objet, it’s almost like having a 3D fax capability.”

Both companies are now searching for new ways to apply the Polyjet 3D printing technology to other areas of the business such as the accessories and gear division which produces equipment for the football sector.

All they need to do now is see what they can do about the referee’s decisions!