3D Printers are the stars of movie Coraline

The film Coraline was released in the UK in February and looking at IMDB it has been a pretty popular film all round for young & old alike.

Get a FREE Quote

Get your 3D print project today with a FREE quote!

What a lot of people wont realise whilst they are watching this film is that 3D printing played a major role in making this film a reality.

The filmmakers used three Objet 3D printers to produce the models for the stop-motion animation. This is of course one of the technologies used by us here at 3D Creation Lab.

The main character had the ability to exhibit over 208,000 facial expressions, compared to the 800 expressions that were available in The Nightmare before Christmas in 1993. This is truly groundbreaking stuff and very impressive. Anybody that has seen the film (or the Coraline trailer below) will know that the film is a genuine leap forward in stop-motion animation and this has been accomplished by utilising the technology of 3D printing. So, what groundbreaking leap forward are you going to make with 3D printing? 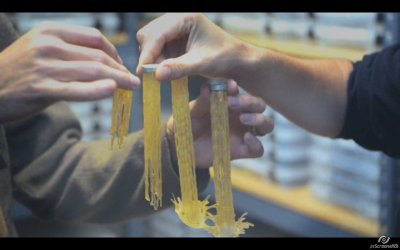